Over the weekend, what is known as a “polar vortex” made its way across the Midwest and Northeast on early Sunday, and many residents had to dig out from over a foot of snow that was dumped over these regions. The United States has already had 5 named storms this season, and Ion will not be the last according to the National Weather Service. This brutally cold air came straight from the North Pole due to a jet stream, and this is what made the system mobile and quite intense. Michigan, Ohio, Indiana, and Wisconsin were hit the hardest with snow and below freezing temperatures, but many other Midwestern states also experienced inclement weather.

This winter storm cell had all of the necessary factors to cause a historic cold outbreak, and it sure did for many states. Because of the cold wind gusts, many states had slightly below freezing temperatures that felt as though they were negative 50 or 60 due to wind chill. In these types of conditions, frostbite can occur within five minutes on exposed skin. The weather Channel urged residents in these states to stay inside if they could; that is how brutal and cold the temperatures were over the weekend and into the new week. Fortunately, the temperatures in the Northeast rose by the end of the weekend. Saturday began with wind chills in the negative 20’s, but temperatures leveled out and climbed back into the 40’s on Sunday.

The snow stopped on Monday for many of the Midwestern states, but that does technically not mean that these states are out of the clear. New York even enacted its Cold Weather Emergency Procedure to protect the homeless on Saturday. A meteorologist with the Weather Channel said that this may be the coldest air of the season, and it will include dangerous and life-threatening winds.

The snow fell through many of the Midwestern states on Sunday, and accumulated up to more than a foot in some states. Michigan, Indiana, Ohio, and Wisconsin all received over a foot of snow in some areas of the states. Snow also blanketed Chicago on late Saturday, according to weather.com. They endured lows of 15 below zero and negative double digits on Monday, and most of the state was under a Winter Weather Warning on Saturday.

The whole state of Indiana was also under a severe winter weather warning, and the governor also declared a “code red”, meaning that only emergency vehicles were allowed to be on the roads. The snow even reached as far as parts Tennessee and Alabama and made ground in Indianapolis by Sunday night. Icy conditions also made their way into the Deep South on Sunday as well. Atlanta’s high temperature on Tuesday is only supposed to reach into the mid 20’s, while the city’s January average is usually in the mid 50’s.

This storm has accounted for the deaths of 16 people across the United States due to Friday’s snow and ice and also brought safety hazards to the roads. These conditions were so cold that anyone not dressed properly and out in the weather for too long could easily get frostbite or worse. The Governor of Minnesota closed all public schools on Monday because he did not want to take any chances with the safety of the children. Many schools, offices, and businesses also shut their doors on Monday and Tuesday due to heavy accumulations and more than bitter temperatures. 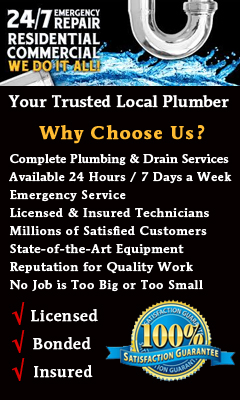